“It is the self becoming the word, the word becoming world.”
(CONRAD AIKEN) 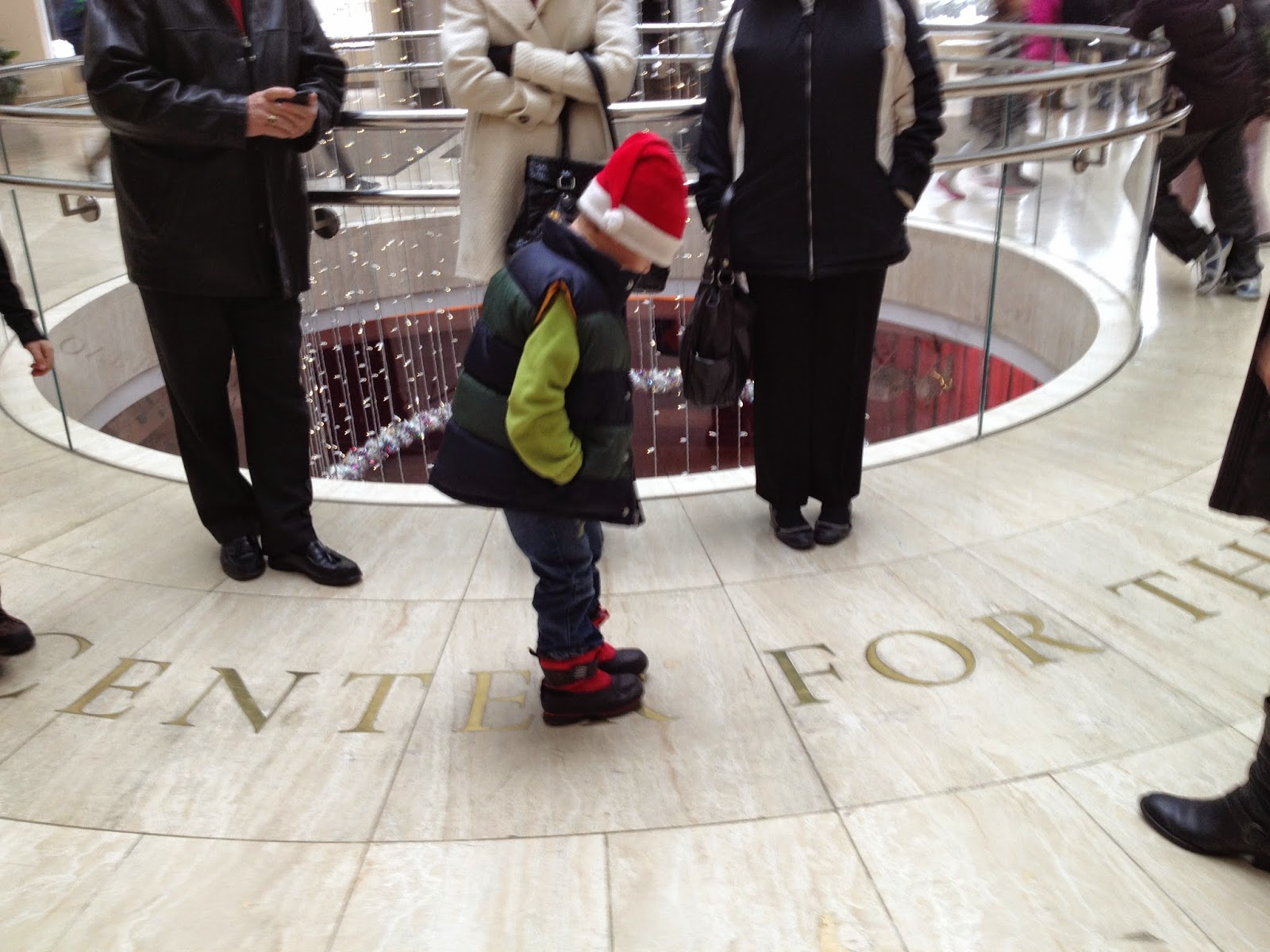 Six-year-old Victor points to himself and says, “Victor is mine.” and grins with satisfaction. A girl runs up to her grandfather, saying, “Papa, do you know that sock, clock, and tock rhyme?” A boy carefully steps and pauses on each of the large brass letters that spell Center for the Performing Arts. Three sisters repeat, “Sudikudivita,” laughing at the word they have invented together for their made-up language.

No one who has been around children would wonder at children’s delight in discovering the joy of playing with words; many could easily add to the list. Sometimes adults find themselves gleefully reciting catchy words and phrases from their childhood–Supercalifragilisticexpialidocious or a question in pig Latin–with little or no prompting. Here’s ample evidence of the persistence as well as the power of childhood wordplay. The repeated sounds of a baby’s babbling and glee at the silliness of Seuss are both expressions of the joy of wordplay that captivates children (and adults) and instills a love a language.

Children’s acquisition of their primary language is a remarkable achievement in its universality and the speed at which it occurs. The complexity of language and anxieties about test scores, graduation rates, and future careers unfortunately lure us into thinking we must sit children down, teach them words, drill vocabulary, and review punctuation. In fact, playing with the sound, shape and meaning of words is an important part of how children learn language. They encounter the world not only through their eyes, but also through sounds and words. Playing with language is a joy, a way to strengthen what children know about language, and a portal to the world.

Playing With Language
Play and language are natural partners for children. Children both play with language itself and use language as a tool in play.

Babies enjoy moving their tongues and lips to play with sounds and create various vibrations. Toddlers repeat intriguing words and syllables, even creating a chant such as fun-un-un-un. Preschool and kindergarten are the most fertile years for playing with words when children insert catchy rhyming phrases such as easy peasy lemon squeezy at every opportunity. Wordplay extends through the elementary school years when children adapt rhymes, tell jokes, and narrate stories. Typically children play with aspects of language they have recently mastered so the nature of wordplay changes across childhood. For instance, it shifts from delight with words that make no sense–or nonsense because the child can’t understand the double meaning–to the pleasure of making double or unexpected meanings.

As a tool to further play, wordplay is used in various ways. The words what if…let’s pretend…let’s say… allow children to plan, imagine, and pretend. Children stretch their language skills when they make up and act out stories. They draw on words needed in a particular context and talk as a character would. A child might use words associated with the role of a mother, a robber, or a queen. They might adopt storybook language or use words to talk about language, You said you love raspberry tea. Language enhances children’s games as well being part of the play of games like I spy with my little eye. As children become older, pretend play becomes more verbal. Language rather than action defines the play of older children, perhaps one reason we think they have stopped playing.

Playing with words, symbols, sounds, letters, structure, and meaning­ does contribute to children’s acquiring and consolidating reading and writing skills. But is recognizing, selecting, and manipulating sounds, shapes, words, and structure actually play? The self-motivated, satisfying, and innovative activity of children playing with and changing words and language to amuse themselves precisely fits accepted definitions of play.

Wordplay takes place everywhere, in backyards and the backseats of cars; on the way to school and on the playground; in the dress-up corner and in the bathtub; on bicycles and in the grocery cart. And, at museums which are word and language rich settings. With high sensory contexts, immersive settings, and intriguing phenomena; varied activities, props, tools, and objects; and the dynamic social interactions among family members, other visitors and with staff, museums are amazing places of wordplay everyday.

Often opportunities for wordplay for children in museums involve story time with favorite Seussian rhymes or the repetition of Ruth Brown's A Dark, Dark Tale. In going beyond stories and a round of ABCD, museums might incorporate Burma-Shave signs, codes, jingles, knock-knock jokes, limericks, pig Latin, rebuses, riddles, rhymes, and tongue twisters. Occasionally a language-based exhibit like Storyland: A Trip through Childhood Favorites ignites rampant wordplay.

This is where museums typically go when they start with their ideas of language and wordplay.  Children are, however, lexical vacuum cleaners, pattern analyzers, and joyful experimenters and extraordinarily competent and original at discovering found opportunities for wordplay in museums.

Lexical Vacuum Cleaners
Children are ‘lexical vacuum cleaners,’ according to linguist Steven Pinker. They inhale new words at a remarkable rate. For toddlers, this rate is a word about every two waking hours­… everyday. Where do these new words come from? Not from vocabulary lists. Children learn words by mimicry. A 3-year old using an unlikely word like actually or usually has picked it up from an adult or older child. Once tested, probably may be used frequently for the pleasure of its sound and the reaction it elicits. Children also guess a word’s meaning from context; they get the overall gist of what they are hearing (reading, or seeing) from a nearby object, an adult’s gesture, or other references.

Just as children inhale and exhale dinosaur names with great ease and pleasure, they pick up names and terms for what fascinates them. The parts of a suit of armor, a coalmine, or a Madagascar hissing cockroach capture their attention offering new words to play with. And while a child will not understand each term in a volcano demonstration, a rainforest exhibit tour, or maker activity, a program presenter or docent can deliberately intersperse rich, interesting language. Wordplay-worthy vocabulary is animated, uses precise terms for tools and materials rather than these, stuff, things; sprinkles synonyms for materials (like glittery, glinty, glitzy, sparkle, shiny); pairs familiar and less unfamiliar words; and draws on context for cues to the meaning of new words. When staff invites children to describe the motion and sounds of a kinetic sculpture, children will mimic, invent, mix, and repeat alliterative, rhyming and onomatopoetic words that capture the rolling, clicking, popping and dropping sounds of balls.

Pattern Analyzer and Predictor
The same pattern finding and predicting that assists children in acquiring a primary language in a relatively short time period is also a source of pleasurable verbal play with noises, sounds, and structure. From Mother Goose to Dr. Seuss, from counting chants to rolling refrains, rhythm and rhyme are pleasurable and powerful assists in children developing a feel for language. Catchy rhythms, rhymes, and repetition help children detect sound units, anticipate what comes next, build vocabulary, and tune into regularities in grammatical structure. Wordplay is physical, social, cognitive, and emotional. Children find tangly talk, ridiculous rhymes, and unending repetitions to be irresistible invitations to move, bounce, dance, skip, and hop, alone or with a group. The Hokey Pokey for 1 is, well, kind of “hokey” but for 100 it is hilarious.

Rhyming time at the museum takes many forms. Port Discovery’s Tot Trails uses exhibit labels in rhyme. Some familiar rhythms and rhymes are so compelling they become the soundtrack during play in and out of exhibits. In Storyland both children and adults moved to the strong, familiar rhythm of Chicka Chicka Boom Boom, chanting it under their breaths with great expression; some families kept up a chicka chicka boom boom call-and-response as they cranked letters up the tree.

Pattern finding is not just for young children and children's museums. The Getty invited visitors to write a Haiku poem about a selected drawing that used negative space.With multiple examples from the curator who had used Haiku, an unrhymed three-line poem, for label copy, visitors composed Haiku of 17 syllables in lines of 5, 7, and 5  syllables each.


Roaming museum staff can captivate new riddlers by carrying a poem in their pocket, a riddle up their sleeve, or tongue twister on the tip of their tongue. They can recite a well-known rhyming couplet and ask a child–or a group–to complete it.

Joyful Experimentation
From babyhood through the elementary school years, children’s fearless experimentation with sounds and meaning generates invention, delight, and information about language. Sometimes happy accidents and sometimes intentional, playful experiments with noises and sounds spawn new words like splutter or lasterday. In my childhood brune and breen were used for brown-blue and blue-green, respectively. Children combine words to make a new one like eleventeen. They use old, familiar words in new ways to describe something new. A choice word here and there is also helpful in making incredible things happen in play. Just declaring that the sand in the bucket is poison has a powerful effect on the course of play.

Inspiration for children’s playing with words is everywhere, even a new word picked up from others. Teacher and storyteller Vivian Paley, captures a lively play sequence among 3- and 4-year olds as they make sense of a new word one of them had brought to school. A single word, waterbed, elicited questions, puns and rhymes in a dramatic play sequence that showed up over several days. Invention and possibility are not bound by what exists, but by what is real, imagined, or even contrary. Children love to name and make up names for objects, people, quantity, places, and colors. Mislabeling or intentionally assigning a wrong name to a person or object is a game of humorous incongruities.

Walk through an exhibit and sound effects are coming from children using their mouths, lips, tongues, and cheeks to create a helicopter’s whir and whap-whap-whap, a dinosaur’s roar, or the loud sounds of feigned injuries acquired during a knight’s fierce battle. Museum staff, parents, grandparents, and caregivers can amp up the playful tone with words and phrases remembered from childhood from jum-jills to Heffalump to slithy toves and listen in for the birth of new words.

Group wordplay multiplies the joy. At Minnesota Children’s Museum, a voice over the sound system announces a group’s departure and ends with “…and come again s-o-o-o-o-o-o-o-n!” In seconds, children of all ages, throughout the galleries and in the atrium leap and croon letting out sounds of, s-o-o-o-o-o-o-n!

The “lexical vacuum cleaners”, pattern analyzers, and joyful experimenters that enter our museums everyday are extremely capable of directing their own wordplay. They don’t need an ABC rug or written labels for door or chair. Their natural fascination with language and the world, along with their imaginations and ingenuity, ensure they will make meaning out of (and with) everything. Children will count, chant, and dance as they step on a tree cookie, a spiral maze, or brass letter shapes. They will form letters and words with sticks, stones, clay, mud and sand; write their names with chalk, blocks, and light writers; and recall the names of shells in a discovery drawer and tools on a makers bench.

Museums can and should play along.