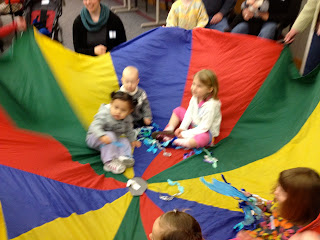 In Museum Notes, I write about young children in museums, preschools, libraries, and childcare; at play indoors and out; in formal and informal settings; in the US and in the Municipal schools of Reggio Emilia. I do this as part of my museum planning work, my professional service, my involvement with the Reggio network in Minnesota, and my collegial friendships with early childhood educators in the Twin Cities and beyond.

Crossing and connecting contexts around young children is invigorating and productive. I can’t imagine what I would know or be thinking about were it not for these plentiful and intriguing resources generously shared by colleagues and by their colleagues. I hear about new practices, links and resources, and benefit from valuable expertise. I am exposed to different perspectives and the realities for early learning professionals in their work to engage parents in schools, family day care, and museums. I hear about community initiatives, research studies, and new programs. I am delighted to be able to pass on many of these resources and references to colleagues and clients across the country. I have referred to Tom Bedard’s blog from his pre-k classroom in St Paul, MN multiple times on Museum Notes as well as connected him with the exhibit developers at the Children’s Museum of Southern Minnesota as they develop prototypes.

These exchanges cross-pollinate ideas, spread resources, and link colleagues and friends. They follow the dedicated work, deep commitment, and incredible early learning assets that exist in towns and cities, in family day care, preschools, children’s museums, nature centers, pre-K programs, and libraries. They reflect a growing interest as well as a body of evidence about the critical importance of early experiences and children’s amazing capacity to learn everywhere, all the time, from birth. They also conceal a gap of some concern.

No matter how many examples are selected to illustrate valuable sharing, the lack of connections among early childhood contexts that are deep, active, and extensive is striking. This appears to be true across formal and informal contexts; museums, libraries and schools; children’s museums and art, history, and science museums; researchers in colleges and universities and practitioners in programs.

News of what’s happening in early learning in children’s museums is appreciated by colleagues in childcare or kindergarten; yet it is received as interesting or surprising. Early childhood programs in art museums are a revelation to educators also serving that age group in children’s museums. Museums and libraries in the same community are often unaware of the early play and learning programs the other offers. Researchers are surprised to know museums have a role to play in early learning. Teachers, playworkers, program coordinators, and parent educators are unlikely to know about relevant research being done at local universities.

This is not so much a lack of a collaborative spirit as a lack of basic awareness of other broad areas of early learning. Focus, connections, and associations are strong within contexts. They are weak beyond the perimeters into other early learning contexts where colleagues have strong, shared, and connected interests of their own.

Even if not intentional, a lack of thinking outside of this or that early learning context produces the same, limited views and action around an area of critical importance in the lives of young children, their families, museums, communities, and the nation.

Starting With Museums
There is a growing awareness nationally of early learning and the critical importance of the first years in building foundational skills, dispositions, experiences, and understandings that we all draw on across the life span. In  “An Opportune Moment: Museums in the National Conversation on Early Learning” (Journal of Museum Education, Spring2012), Marsha Semmel suggests that the national conversation on early learning as the underpinnings for life-long-learning is reaching a tipping point. Coming from the Director, Office of Strategic Partnerships at the Institute for Museum and Library Services this assessment is promising.

Museums have an opportunity to play a role locally and nationally in connecting around early learning and ensuring that young children have access to quality early learning experiences in remarkable informal learning settings. Increasingly museums recognize that to accomplish their own goals and to meet the challenges and fulfill the promises of their communities, they need to serve younger audiences as intentionally as they serve their high priority audiences. Without including very young children in their understanding of their audience, museums miss the beginning of the continuum of life-long learning. History, art, and science museums can learn from each other and how they serve families with young children as well as young learners themselves in object- and content-rich environments. Art museums starting toddler classes and science centers opening children’s museums can get valuable early childhood expertise from children’s museums to inform their decisions in making their museums places for learning for younger children.

The Spring 2012 issue of the Journal of Museum Education (JME), recently served as a platform on early learning initiatives currently taking shape in museums and several initiatives have followed.

Dr. Sharon Shaffer, Founding Director of the Smithsonian Early Enrichment Center (SEEC) introduced A National Symposium on Early Learning in Museums. Supported by a planning grant from the Smithsonian Institution, initial project activities have focused on gaining an understanding of young children in museums and the learning taking place. A review of the literature on children’s learning in museums was completed by MEM & Associates and an advisory group of museum professionals and researchers who have focused on early childhood education was convened to discuss early learning. Both the literature review and advisory group pointed to a greater role for museums for this age group and its value; one hope is for the Symposium to be a catalyst for research.

Another recent development is the Early Learning Collaborative Network has recently launched by the Smithsonian. Its intention is to identify effective ways to promote informal early learning, share best practices, and support early learning research. Reaching out first to museums and extending to Smithsonian Affiliates, the Network hopes to then reach more broadly across the early childhood field.

Finally IMLS is working with the Campaign for Grade-Level Reading on a publication for policy makers on the role of museums and libraries in early learning that should be issued next year.

Early Learning: A Recognized Priority
Early learning should be recognized as more than a national conversation. It is, in fact, a national priority. Perhaps it is one priority among many, but it is a clear pathway to other priorities including education, health, workforce development, and national security that give should give early learning a most favored status.

Teachers, facilitators, directors, and evaluators in museums, preschools, universities, and libraries who barely know each other are unlikely to share practices with colleagues in other contexts. When practitioners do share cross-context, however, they are able to pass on practices that others can try, test, and adapt. These exchanges will help improve the quality of play and learning experiences for children in an art museum in Georgia, a children’s museum in Washington, and a nature center in Iowa. A shared understanding of what works for children across multiple contexts becomes possible.

Without reaching out further and truly connecting contexts, researchers, practitioners, providers, and planners invested in understanding children’s early learning do not share their varied perspectives and insights. They do not take stock of research or programmatic activity, identify gaps (or redundancies) in research or services. It is unlikely that expertise and resources will be targeted to needed areas, to an age group, a context, a community, to parent engagement.

Without a comprehensive coordinated view of early learning across contexts, we will be hampered in constructing a rich, broad perspective on children’s play, learning, and early development. Progress on building a body of knowledge around how specific contexts contribute to early learning, developing a shared agenda for deepening our understanding early learning, and replacing fragmented infrastructure across early learning contexts will be slow at best. Demonstrating impact in high priority areas will be equally slow.

Stretching and Reaching Out
In “A Look at Early Childhood Programming in Museums,” in the Spring 2012 issue of JME, Betsy Bowers, Deputy Director of Partnerships, Collaborations and Consulting at the Smithsonian Early Enrichment Center proposes, “A community of educators that works together to share information about early childhood programming in museums would contribute to future program effectiveness and garner national attention.”

I agree. And I would go further. I would like to advance the possibility of a more extensive, varied and robust network that crosses and connects contexts, researchers and practitioners, around early learning, knowledge related to early development and the value of learning and play experiences for young children.

In thinking about crossing contexts, I imagine children, as well as leaders and educators, doing better within any early learning context because of stronger connections across those contexts. I do not have a clear idea of what this network or interlocking set of networks might be or might function. It must be ambitious and sustained. There is not single a model, but there are attributes to borrow from other networks whose intentions are related. Here are two I know of with something to offer.
What examples do you know of? Museums not only have a role to play here, but they also have a responsibility. Museums that serve or might serve young children; that serve young families; that speak to the arc of life-long-learning in their missions; or who view themselves as contributing to the challenges and promises of their community need  to look up, reach out, respond to an invitation, and find ways to connect with other contexts for early learning.
Posted by Jeanne Vergeront at 9:11 PM