Poetry and Precision in the Language of Reggio 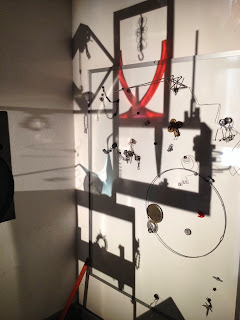 An educational philosophy built around the dignity of the child, as the pedagogy of the Reggio schools is, relies on powerful tools to ground, express, and support it over decades of investigation, practice and experimentation. Language is one of those tools. Given the value placed on expression, creativity, and a belief in The Hundred Languages of Children, this is not surprising.

The language of Reggio is capable of expressing a powerful vision, creating shared understanding, and constructing the future through education. This is a language of images and ideas, of meaning and thought, of connection and engagement. Because language and culture are closely connected, this language is a carrier of Italian culture. Above all, it is a language of values.

Shifting from one language lends both novelty and charm to expressions and invites us to pause and be more attentive. Frequently the Reggio pedagogy uses Italian words that are similar to English words, but are not commonly used or are not used in that way. For instance, Reggio educators refer to an amiable environment. In English we might say a supportive environment. Amiable, however, is associated with feeling; it suggests a sense of being friendly, sociable, genial or good-natured. A connection with beauty is also contained in amiable. It would be hard to claim those qualities in supportive.

A more challenging translation task is the use of the word progetazzione, to refer to the extended evolving explorations through which children make connections and construct knowledge and teachers conduct research. In English we tend to shorten this word to project, missing out on its meaning in Italian of planning. Unlike project, progetazzione carries a sense of intentionality, extensive organization, collaboration among colleagues and with children, and a commitment to achieving a higher intent.

Language as an Aesthetic
This engaging language is more than a matter of translation. The language of the Reggio pedagogy is as vital and essential an aesthetic as is the well-known and admired visual aesthetic of the schools. An appreciation of language as a cognitive tool along with an attention to words is expressed in countless ways. Even single words deserve attention. A sentence describing a vital need inserts (vita=life) to underscore the meaning. Verbs are important as well. Past President of Reggio Children, Sergio Spaggiari, described learning as “an adventure conjugated only in the plural,” underscoring learning’s social and collaborative nature.

At the heart of this language and its force is a dynamic between poetry and precision. Abstract, allusive, and elastic images work alongside concrete dimensions based in experience. An openness to interpretation of poetic language is an openness to possibility and new meaning; this is of considerable valuable in constructing a pedagogy that both draws on existing theories and practices and crosses boundaries. In this pairing is an echo of children’s language as an expressive and concrete tool in exploring concepts and expressing understanding: The boundary is like smoke; the room of columns is like a flying palace.

Poetry
The poetry of this pedagogy comes from a variety of sources that are not altogether surprising– metaphor and juxtaposed images–but they are sometimes set loose at the edges of theory. Metaphor is clearly unleashed in the hundred languages of children in which language is a metaphor for learning. A child (and the human species) has a hundred languages, more than just verbal. Children use diverse media and symbolic systems for learning, expressing, and communicating thoughts to others. At the boundaries of a theoretical concept, languages are also considered as being born together with the child.

The frequent use of dialogue alludes not only to actual conversations and exchanges among colleagues at the schools. Dialogue also refers to listening, engaging with the principles and ideas of Reggio, reflecting on them as a way of thinking and learning, and internalizing them. Dialogue engages books and articles, light, and materials. Threads of silk embraces multiple histories woven together into this educational project’s larger history and captures a sense of the fragility in following those threads. Even in the name of a school, metaphor intensifies meaning. One of the preschools, Alice, is named for Alice In Wonderland, a girl who wanted to get inside of everything.

Precision
Complementing the poetry is precision that focuses and makes meaningful distinctions. Precision does not, however, emerge from a language of measurement, reliance on dictionary definitions, dependence on formulas, or adherence to normative models. Rather, precision results from clarity, explicit distinctions, and negotiated meaning through discussion and reflection. 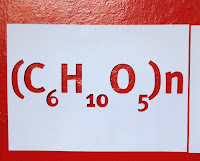 Yoking unlikely words and images together points in specific directions and creates fresh meanings. Intelligent materials insists on thinking about the qualities these materials have; which materials might prompt children’s questions and thinking; which are more likely to invite connections, engage emotions or activate aesthetic sensibilities? The subtitle of a book One City, Many Children about the development of the schools in Reggio, A History of the Present provokes a shift in our thinking about time and process with its paradoxical timeframes. The Pedagogy of Listening creates an unlikely couple. The concept of pedagogy is big, abstract, and public while listening is small, concrete, and intimate. Both, however, are clearly valued.

The addition of a simple word like our can make a meaningful distinction. In the 1970’s the Reggio educators were inspired by Piaget’s thinking. At the same time, they felt he undervalued the adult role and the socio-cultural context in children’s learning. They also struggled with the theory’s normalizing children’s development and limiting their potential. However, by referring to “our Piaget” (as well as “our Vygotsky”) they managed the limitations of fully adopting theories. 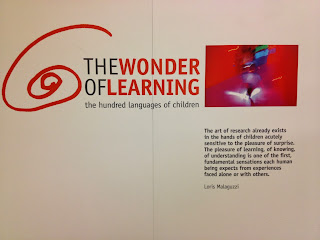 It is important to pause and remember pedagogista Tiziana Filippini’s reminder to consider what is not being done as well as what is being done. The language of Reggio avoids taxonomies, lists, dualities, and bullet points. Metaphor is not a rhetorical flourish and there is little, if any illusion of meaning through cleverness, alliteration, or slogans. This language is a source of pleasure. It is powerful. Poetic and precise, it carries the richness and complexity of a robust and comprehensive pedagogy. In being memorable and challenging, it invites engagement by insisting we think about words and ideas, that we return to them, change our understanding, and alter our perspectives. Not surprisingly, this delightful language can also be disruptive to ordinary thinking.

An attractive language for a compelling pedagogy, many of us are tempted to repeat these phrases, string together quotes, and let them roll off our tongues as if they were our own. The appreciation is fully deserved. The language of Reggio, however, is from its own particular context. Our own language, whether inspired by Reggio or not, in museum or school contexts, deserves its own poetry and precision to help us accomplish our work.
Posted by Jeanne Vergeront at 9:00 PM