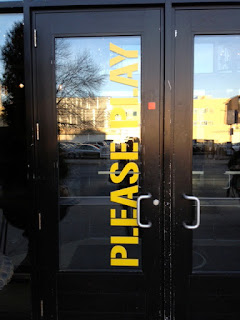 In his interactive sound installation in Minneapolis, David Byrne has brought together three ideas that fascinate me and have, I believe, significant potential for museums exhibits and environments. 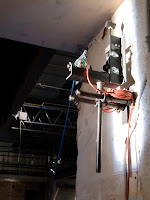 Playing the Building takes advantage of the raw space in an 1895 produce exchange building in the Minneapolis warehouse district used more recently by the innovative Theatre de la Jeune Lune (1992-2008). Byrne has converted the building space into an immense musical instrument by attaching devices to exposed pipes and structural elements of the building that activate materials and their sound-producing qualities. When visitors play a keyboard, they activate switches that cause metal beams, plumbing, electrical conduit, heating pipes, and water pipes to vibrate, oscillate, and resonate. The machines produce sound in 3 ways: through wind, vibrations, and striking.