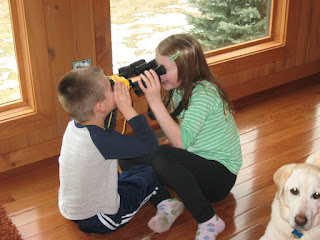 People who care deeply about play’s critical importance in children’s lives will enjoy Alfie Kohn’s November 16, 2011 article in the Washington PostLocal, "How Children's Play is Being Sneakily Redefined." The article firmly reinforces the value of play. It invites an enthusiastic fist pump with statements like, “The typical American kindergarten now resembles a really bad first-grade classroom.” And it shakes a satisfying finger at institutional barriers to children playing simply for the delight of playing.
Kohn offers two familiar propositions about the presence of play in children’s lives.
•  Children should have plenty of opportunities to play.
•  Even young children have too few opportunities these days, particularly in school settings.
He then sets out five solid propositions that cover less well-worn paths around play.
• “Play” is being sneakily redefined.
•  Younger and older children ought to have the chance to play together.
•  Play isn’t just for children.
•  The point of play is that it has no point.
•  Play isn’t the only alternative to “work.”
Kohn examines these propositions reflecting on his own thinking and drawing on various perspectives, from Ed Miller, to G.K Chesterton, Deborah Meier, and John Dewey. His propositions prompted me to reflect on what I do, might do, or might do less of to advance a play agenda. I am working on four personal play propositions to channel my concern about the lack of play in the lives of children without trampling on the spirit of play.
• Build on the solid foundation of others that brings together traditional values, current concerns, and forward thinking about play.
• Push beyond intense feeling and frequent repetition of play messages; this can create the illusion of actually changing opportunities for play.
• Search for contrary thinking, outsider perspectives, and new voices; effectively shifting the broad public discourse on play’s presence in kindergarten and in children’s lives requires new approaches.
• Guard against adult seriousness draining the sweet juice out of children’s play.
I hope you enjoy Kohn's article and, as you read it, think about what  your play propositions might be – and share if you will.
Posted by Jeanne Vergeront at 10:35 AM

Email ThisBlogThis!Share to TwitterShare to FacebookShare to Pinterest
Labels: Play